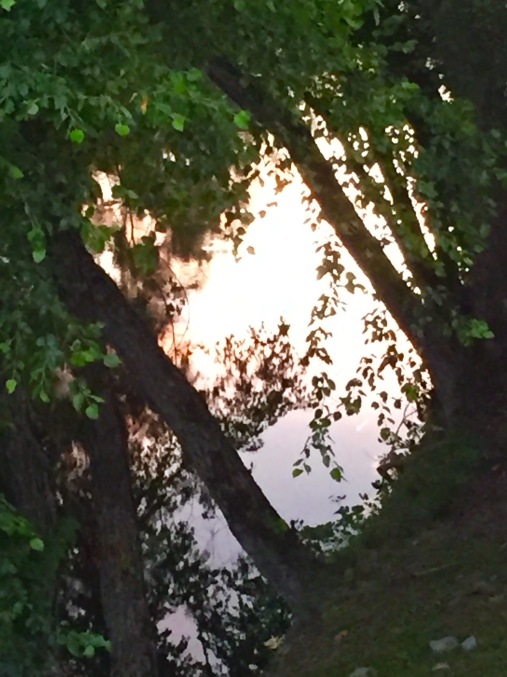 I keep thinking I will catch my breath, that someone will push a pause button so I can bring some meaning to the present moment. I struggle for the equilibrium to form a coherent thought, and just when I think I have found it, the constant bad news finds me where I am and screams the latest outrage, added to the forty-five or so outrages that have already occurred. And that’s just this week.

It took Tina Fey, stuffing herself with a sheet cake topped with a grilled cheese sandwich, to give me the moment I was looking for. A video of her appearance on SNL’s Weekend Update was as close as I’ve come to making sense of all the craziness.  The cake was there to provide a disarming comedy routine while she delivered a rapid-fire, deadly serious indictment of the absurdity that has become the executive branch of our government. She stepped into the moral vacuum and demanded a level of morality and decency that we used to take for granted in our elected officials, to which I can only say, “What she said.”

Tomorrow will mark one week since the death of a young woman who was merely standing in solidarity with her values. It wasn’t about the statues, though I have my own opinions about revering those who took up arms against the United States of America, and find it reprehensible that those images could be equivocated with the 9/11 memorial as “part of our history.” Yes, these statues are part of our history, so build a museum and charge admission. Nothing about what happened in Charlottesville was about the statues. It was about hate, and the culmination of all the dog-whistling that started two years ago at a building on Fifth Avenue.

A woman’s life has been lost. Lost to the world. Lost to all of us. I might never have known her name, known what she stood for, or admired her fortitude, had it not been for her unlikely martyrdom. But now she lives in my heart, and her face reminds me of many other people that I know, who I fear might be at the next demonstration or show up in Phoenix to protest the next proposed presidential pep-rally.

God in your mercy, hear our prayer, let this madness end somehow. Bring us to a place of collective repentance (archaic term for a change of trajectory), and let the solar eclipse (the new moon on steroids) mark a shift so dramatic, so stark, so completely transformative, that we look back on this and find wisdom for another day, one in which we guard and fuel the true ideals of liberty and justice for all.

Let’s all find a deeper stream.

One thought on “Reflections”