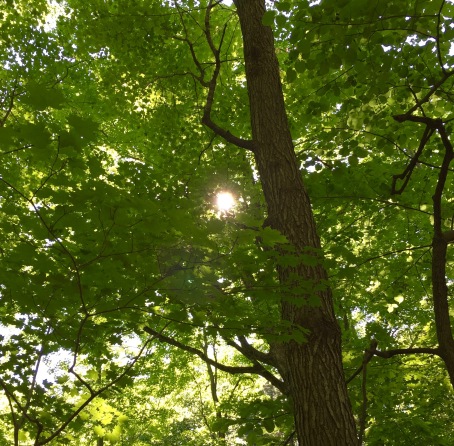 It had been thirty-six years since I packed things up and moved across the country. With my then-wife and toddler son, I made the trek from Denver to Chicago in a ’79 Chevette, to begin a journey I can only now begin to comprehend. Life has taken me in and out of vocational ministry, back in again, then yet again, in new ways and times and places.

Last month my now-husband and I came from New York to begin an entirely new life in the San Francisco Bay area, and again it is something we do not yet fully understand. It reminds me of when Abram and Sarai were prompted to get up from where they were and go to a destination they did not know, a later-in-life transition that was quite unexpected.

Major life changes are easier when you are 25.  Youthful innocence and idealism can be energizing, and when coupled with the physical resilience of post-adolescence, embarking on something new can be downright fun.

But for two sexagenarians, it took a call from the very gates of heaven to be certain that this was the right thing to do. I don’t think it’s ever too late to hear and answer that call, but the performance of it is not for the faint of heart. When the Reverend Mother called upon Maria to “climb every mountain,” she didn’t say it would be easy. But then again it was all about the dream, wasn’t it? The vision of a new co-creation is its own fuel, and when Spirit begins to flow, you just get in it and go. Ask questions later.

We’ve truly found our dream here. A year ago, we began to ask, “What is a life we would love living?”  We’re living it. Being part of a contemplative spiritual community, drawing on a bank of shared wisdom, serving alongside people who care deeply for one another, for society’s most vulnerable, and for an even more vulnerable earth–this is our dream.

It doesn’t hurt at all that we wake up every morning with our beautiful bay views and say, “Look at where we live!”

So, now, we are here. Present in this place and time. Returning to our center. Digging a deeper well in a new place, drawing from the same stream of Spirit and consciousness that we found on the east coast. Going deeper sometimes means going farther. Wow! This is great!

I am a writer, a contemplative, and an interfaith spiritual director living and working in the Finger Lakes Region of New York. I am also an ordained minister with the United Church of Christ. View more posts

2 thoughts on “Back to Center”